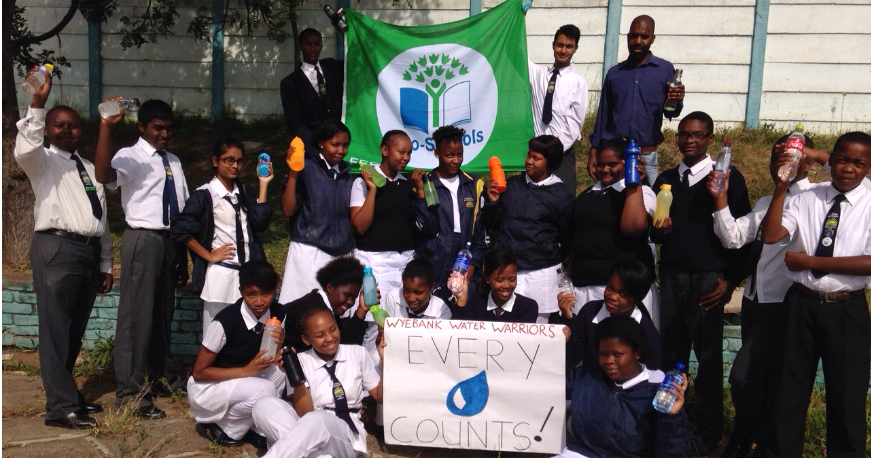 Congratulations to Wyebank Secondary School in South Africa for winning this week's Global School of the Week award!

Team Water Warriors, near Durban, are taking the Water Explorer Programme to heart and although they only signed up a month ago they have demonstrated amazing commitment to their water saving missions and as a result are currently top of the South African leader board.

Amongst the numerous campaigns and water projects they are running, the simplicity of their BAB (Bring a Bottle) project stands out. They calculated the amount of water wasted when learners drink from running taps with cupped hands and found that an alarming 867,80litres per day is wasted per day based on the school population of 1270 learners. They have encouraged all learners to bring a bottle to contain water for drinking. Water monitors also discourage learners from cupping hands to drink water. Buckets have also been placed under the taps to collect the runoff to be used in the vegetable garden.

They've completed the most student surveys in South Africa too, which is commendable when they have no internet access at their school!