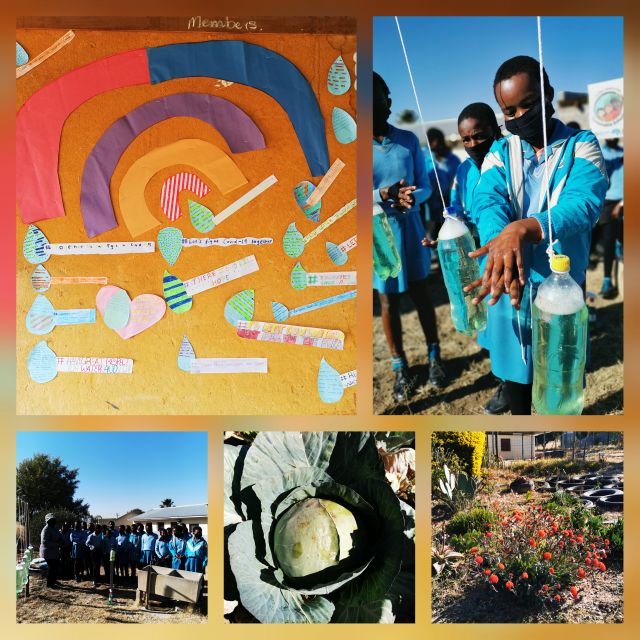 For many parts of the world, Lockdown has been especially hard for many of the children who cannot see their friends, hug their teachers, socialize, and run around like normal kids. It is for this reason that the children living in the UK in sometimes poky, small council flats started a trend, to paint their windows, doors and walls with a rainbow symbolizing the light at the end of the dark days. With many social media tashtags like #chasing the rainbows #thistimewill pass and #hopefor the future the idea was to show solidarity to all those children waiting for normality to return. Today Nhlonhlweni did their own rainbows of solidarity with a touching message of hope, talking about not just the end of covid but the beginning of a better relationship in how we treat Mother Earth. In one such reflection, Mbatha Nkosikhona wrote; “Mrs Julia taught us how to save water. We compared 2 different types of taps, Tippy Taps and normal taps and worked out that we saved lots more water using tippy taps. We also learned about the rainbow that represents light and peace in a time of fear and uncertainty. That is what the world needs right now. In short, words, to fight covid we must save water to wash our hands. Tippy taps are the best way to save water. We only have 1% freshwater and already 48 000 people die every day because of dirty water. That’s far more than people who die of Corona. Let's think smart and save water.”