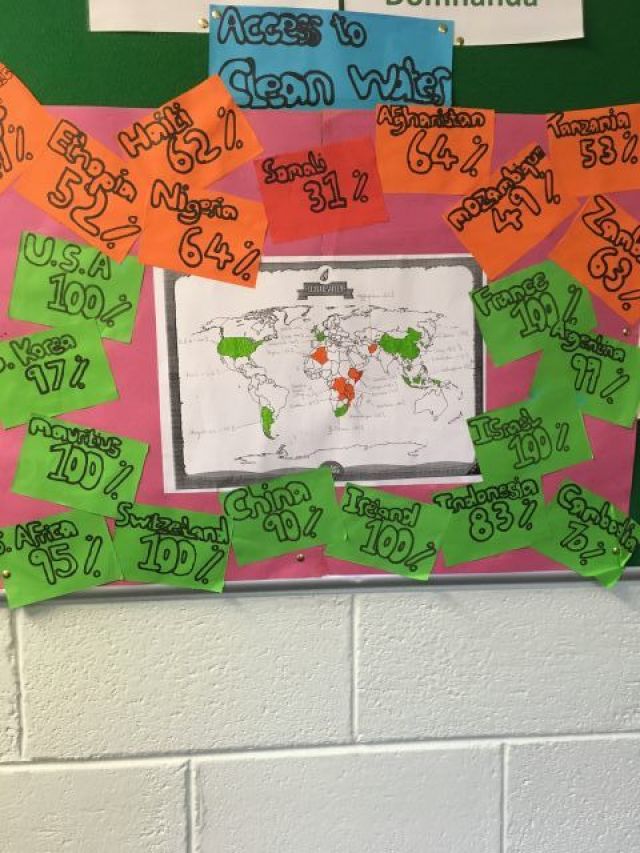 As a class, we were asked to bring in food labels from home to find the source of our food. We wrote the name of the food on sticky notes and placed them on a map of the world. The majority of our food comes from Europe. Veg and porridge are sourced here in Ireland, whilst food such as rice, cookies and chocolate bars come from Eastern Europe. We found that dates come from Israel, sea veg crisps come from North Korea, kiwis from New Zealand and brown sugar from Mauritius. In conclusion, we found out that the food we eat comes from all over the world.

img-1171.jpg
|
Likes
(1)
Back to News
|
Likes
(1)
Previous article
Next article
Water Explorer is a Global Action Plan initiative
in association with