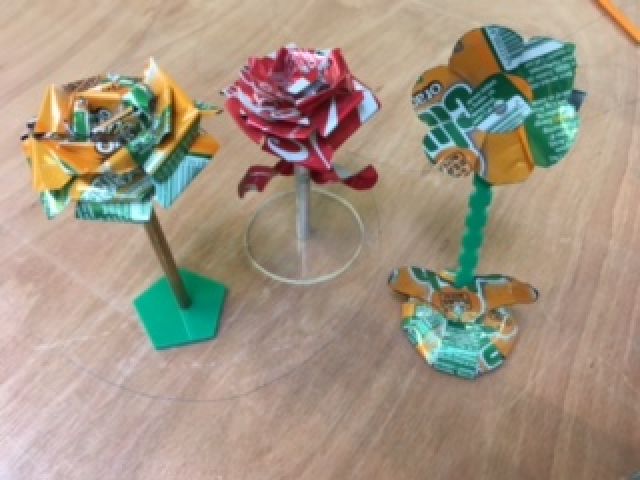 Spring Clean of the River Maine

On the 23rd of March two ladies from the Castleisland Tidy Towns committee came in to talk to us about what is Tidy Towns.

Tidy Towns started in Castleisland in 1993. They  were 33rd on the list in Kerry but with great work and help from volunteers around the community they rose to 13th place last year.  The former founder of the group started it because she saw a huge rat walking along the wall of the church and it didn’t move or run when it saw somebody approaching it. This was a major sign that the town needed to be cleaned and they needed to find volunteers. The policy of the group- They do it for the good of the town not the judges.

Some of the plans that are underway are, to fix all the footpaths around the town. The old library is a wasted building at the top of the town, as part of the tidy towns they want to renovate the building and put in business tables. This means if you want to start up your own business you can rent a table in this building. All proceeds will go towards the tidy towns.

As part of this section they wanted to build a new road. They contacted Kerry county council to apply for it, but they declined the request as they didn’t have enough workers.

The areas they most focus on are the river walks, football field and the community centre. These are public facilities in the area and need to be clean and tidy at all times. As part of this they got a brand new bigger sign for Castleisland, they planted flowers all over the town to make it feel more welcoming for visitors. Our school’s YSI group ‘Plantet Savers’ planted trees around the school. This got a big mention in the results as they taught it was a great idea. In judging last year they scored 37/50 marks.

In our community there are a lot of river walks, trees and natural plants. Japanese Knotweed is common in our area and is impossible to get rid of. It is an invasive plant and it spreads and kills other plants. As part of the tidy towns they want us to plant bee loving plants to stop the bees from dying out. They would recommend us to use flowers without petals, shrubs and dandelions. The Transition students for next year will be involved in this area as well as setting up a bug hotel on the school grounds.

This involves donating clothes and jewellery to the local charity shops.

The school times are the worst for littering. Cans and plastic bottles were the most common.  They explained to us that during the exam time in June, students often stuff their exam papers into hedges!

The people that live in a public areas such as on the main street can’t do anything to control the litter being spread outside their doors. They are asked if possible to keep their own area of footpath free from litter.

We explained that as part of the water explorer competition we would be cleaning up the River Maine and the river walk along side it. The tidy town’s committe usually have Fás workers to do it.They were delighted that we are doing it as the Fás workers will now do a clean up elsewhere in the town.

We discussed the importance of volunteering as the tidy towns is run by volunteers. Some of us already volunteer in the area of sports training. We met with the principal and she has agreed to announce about not throwing litter on the streets or private property.

Tidy up of river

We set off on a beautiful Monday morning with the 25 transition year students who wanted to clean up the river and its surroundings. The teacher gave each group a green plastic recycling bag and a black bag for rubbish. We were all fascinated with the different types of rubbish that was located along the river walk. The most common type of rubbish in our river were cans due to the anti- social behaviour that is happening in our community. We weighed the rubbish we had found. Recycled materials weighed 7.8kg which were mainly cans. The rubbish weighed 6.9kg in total. An alternator was picked up from the river bed and weighed 4.9kg alone.

After our trip to our local river litter we decided we wanted to make use of our litter. Drink cans were the most common recycled waste found.  In Engineering class we did some research on making use of aluminium scraps and we decided we were going to make ornaments using this recyclable material.

We created flower ornaments with the cans by cutting them up and bending them into shape. We attached it all in the centre to a brass pipe which we used as a stem. We also used the old cans to make a base so our flowers could stand as an ornament. The flowers turned out very well as the aluminium cans were easy to work with.

clean-up-of-river-maine.docx
|
Likes
(20)
Back to News
|
Likes
(20)
Previous article
Next article
Water Explorer is a Global Action Plan initiative
in association with