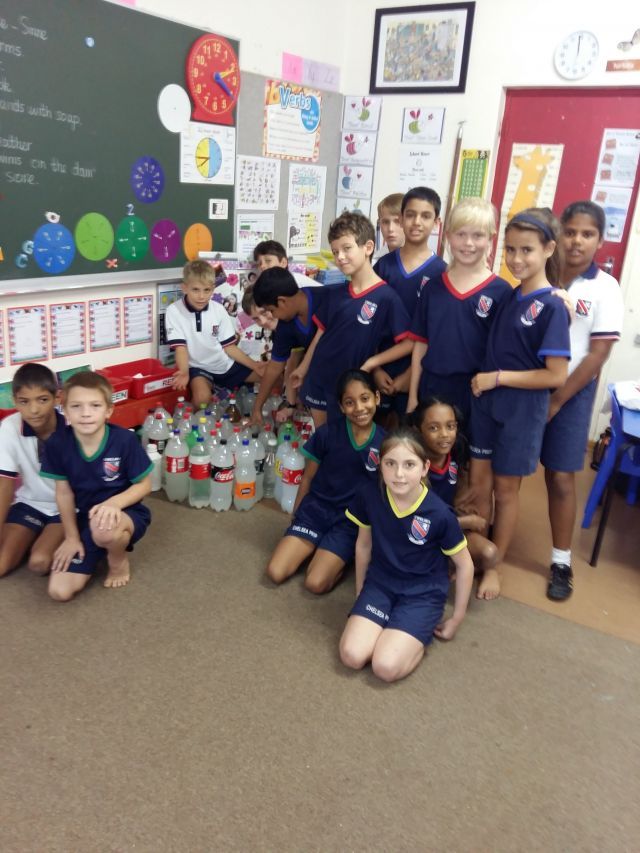 Congratulations to the Thunder Bolts from Chelsea Prep Northway in South Africa on being this week’s Global Team of the Week!

The Thunder Bolts have dived into Water Explorer with great enthusiasm, completing two Challenges from each Mission very quickly! One of the first Challenges they tackled was Water Selfies. About 30 students entered their selfie competition, sharing pictures of themselves carrying out water saving actions at home. The winners were announced in assembly, and given awards to recognise their efforts.

More recently, the Team organised a Grey Water Challenge for the whole school. Every Wednesday during the month of June, one grade brought in their grey water from home. The total amount was tallied, and at the end of the month the grade that had brought in the most water was announced. All together, the students collected a very impressive 2500 litres of grey water, which was used to help sustain their gardens during the dry season.