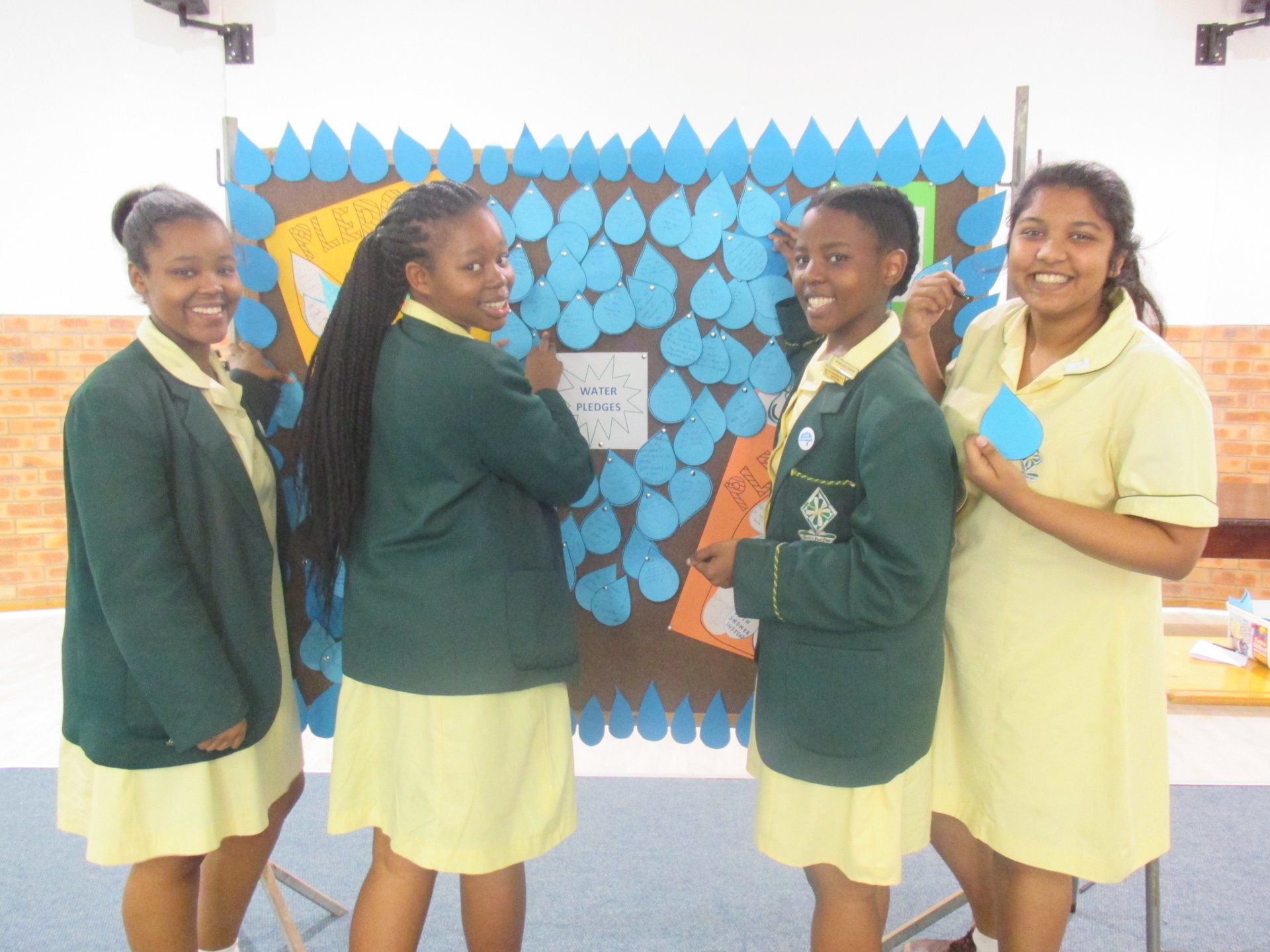 Making pledges at the water festival

Our water festival, attended by 880 people, created quite a buzz at school. Rumours of a long (50 minute assembly) spread – oh too long!! We will be so bored. The festival was anything but boring. The time flew. The audience was captivated by the varied programme which kept the pupils attention by having short, interesting informative items and visuals pitched at the pupil’s level. Some powerful messages were delivered on how to save water. The whole school (pupils and staff) came to our festival. We also invited a class of grade 7 Virginia Primary School pupils, our neighbouring school, who were accompanied by two teachers. The first part of our water festival was held in the school hall. The programme included the following:

An extensive display of work done during Water Explorer challenges was set up in the school’s Multi-Purpose Centre. One of the highlights was the work done by grade 8 technology pupils who had to design and create water pumps that actually worked from waste materials as part of the pump it up challenge. In order to encourage people to actively engage with the displays, a treasure hunt was organised. Questions on exhibits on display had to be answered. This also involved going to the school’s vegetable garden and the library where a display for Arbor day was set up, focussing on the amount of water used by alien compared to indigenous trees. A lucky draw was held for prizes for pupils who correctly answered all the questions. This created a hive of activity. Water games and water Pictionary was also organised in the MPC with prizes on offer. Pupils were also able to make pledges to save water on blue water drops. All in all great fun was had and lots of water saving tips learned.

Response to our water festival

Feedback from staff and pupils is that the festival had quite an impact on them – and they really enjoyed it. They certainly will steer clear of bottled water. And the girls certainly seem more aware of wasting water. One of the classes today saw the garden staff watering – and questioned the teacher as to why watering was happening when there are water restrictions – showing good water awareness. We are not in a water restricted zone – so we can water – but they don’t do this  too often.

A grade 8 Afrikaans class have made videos on tips to save water in Afrikaans  – all acted out by them!! We will post one on water explorer. So many of our teachers are doing things of their own accord on water which is also great to see.