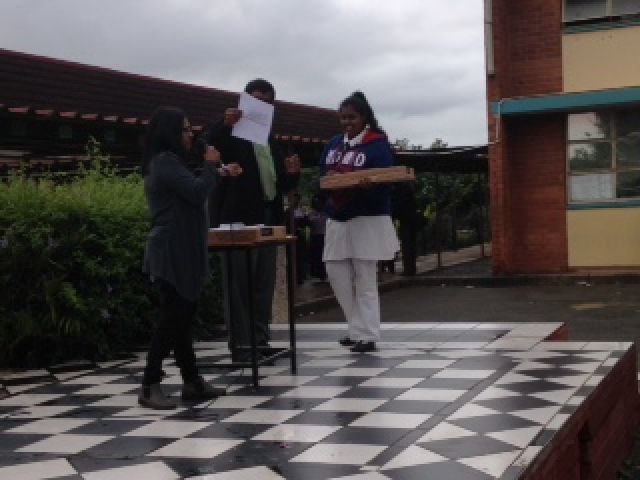 This action project was thoroughly enjoyable as it initiated discussions and debates among Eco Buddies on a variety topics.
The competition focused on Eco Tourism problems and pollution in all its forms were discussed in the essays. The negative effects of Mass tourism was also highlighted in the essays. Unfortunately since the topic restricted the geographic area to only Durban the plight of the rhino and other endangered species were not discussed but one learner included in their research, the implications of over fishing and litter left by fishermen on the shores of Durban. Next year we will participate in the competition again and get more learners to enter by doing so learners become aware of environmental concerns. Outcome: we were very impressed with the prizes especially that the school received a much needed laptop and Jacqulin who won the competition submitted her draft in very bad hand writing and i urged her to type her essay but she was unable to since she had no access to a computer but Keanu the Eco Buddies chairperson volunteered to type her essay. we were very happy that the prize went to a well deserving learner. The computer that was won for the school will be available for Eco Club members to use.