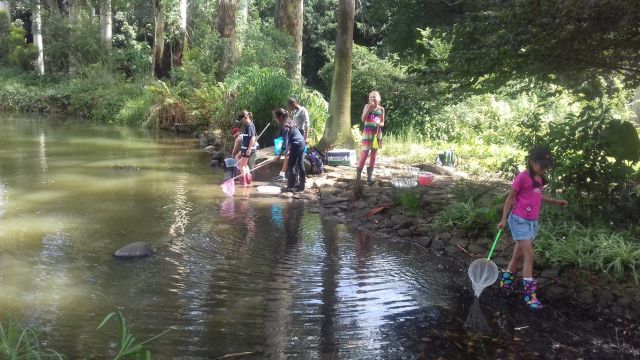 Neha Panday reports: We went to the Botanical Gardens and we did a lot of things but one of my favorate things was the mini SASS.

MiniSASS is a tool which can be used my anyone to monitor the health of a river, and to see what animals and creatures live in the water. During the miniSASS, the group that I was in found a crab! We also found a lot of mini shrimp.we also went to another river, but there were not as many creatures as the first river.Bridget ,the lady that showed us around , said that the particals in the river were tightly packed , so not many creatures would want to live in there, but her was some oxygen in the river , so if you were to go look in the river you might find some creatures. The second river was also a kind of brown colour. Bridget also saud that  is wouldni have been so muddy there is it hadnt rained the day before

I realy enjoyed my trip to the Botanical Gardens and O hope i can go again soon.