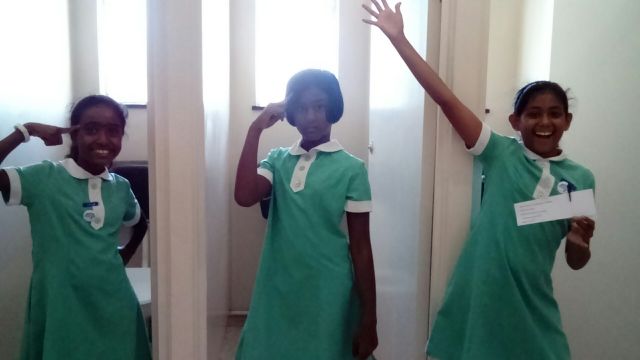 Checking the Cisterns in the top bathroom

It's actually scary how much water is used in a school per day, just to flush the toilets. We had a few things to consider when doing this challenge.

It was difficult to identify the capacity of some of the cisterns, as there was no writing on the outside, and the inside was not clear. We had to take an estimate of those ones.

The calculations were quite crazy... Number of toilets + number of learners and staff+how many times they would go per day... And then trying to work out which toilets they would use depending on where in the school they are.

There was a cricket or rugby meeting at the same time as we did this challenge, so we only had one boy to go into the boys' bathrooms. We had to nab some Grade Four boys who were walking past and ask them to collect some of the information for us!