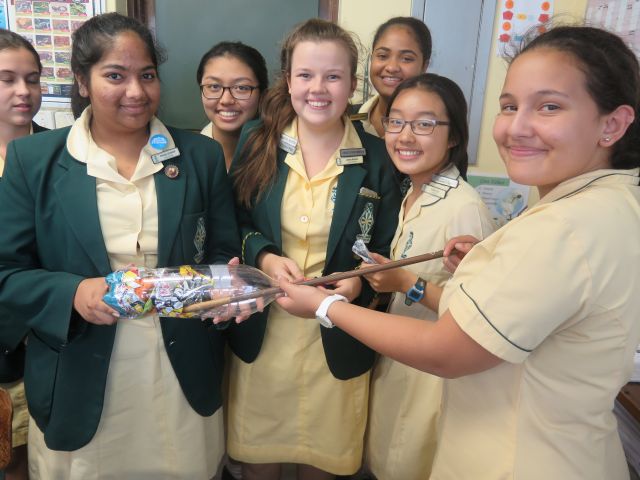 This challenge was originally done by 40 Environmental Society members. We discussed the problems plastics cause, especially when plastic ends up in the ocean. We were shocked to learn that every bit of plastic ever made still exists. And that by year 2050, there will be more plastic in the ocean than fish. We were dismayed to see pictures of the contents of dead birds and whales’ stomachs – plastic consumed being the cause of death. We were also shocked to learn that plastics break up into smaller and smaller pieces and ends up in water that we drink with toxins adsorbed onto the plastic pieces which can cause all sorts of health issues. Recycling has generally been proposed as a solution to plastic waste. But we soon realised that the only solution to the problem is to reduce the use of plastic, especially single use plastics. The RCL has persuaded the tuck shop to stop selling plastic straws. They now sell paper straws. Also popcorn is now sold in paper packets instead of plastic bags. Other alternatives to plastic packaging used in the tuck shop have been implemented. We learned all about how eco-bricks are made, what the bricks can be used for and how this can help solve the problem of plastic litter in the world. This tied in really well with our Eco-Schools focus for the year which is plastic in the oceans.

We decided to get the whole school (850 learners) involved in this challenge. We launched an inter-class eco-brick competition and offered prizes to the first class to produce a fully completed eco-brick. Each class was presented with a plastic 2l bottle and a stick. We showed the eco-brick introductory movie in assembly we explained to the whole school and then explained how to make the bricks. These will be used to make stools for our library. This competition is still running and pupils are very enthusiastically participating.