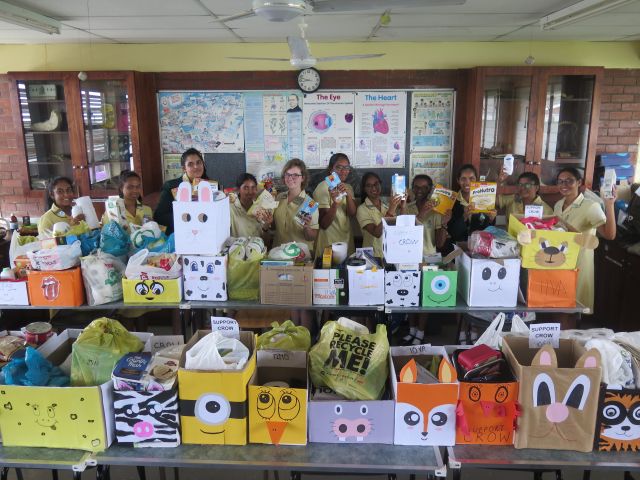 Danville’s 2019 fundraiser was for CROW (the Centre for Rehabilitation of Wildlife). We were privileged to host Nompilo Ngcobo, the Environmental Education Officer at CROW in assembly. CROW facilitates the rescue, rehabilitation and release of indigenous wildlife in KZN. It’s run by a professional team of staff and volunteers who help abandoned, injured and displaced animals. CROW is based in Yellowwood Park south of Durban and is a non-profited organisation which relies on generous support in order to run. A video shown by Nompilo of a baby mongoose being bottle fed particularly touched the hearts of Danville learners. Danville’s Eco Schools theme for 2019 is Biodiversity so we have decided to support CROW as our Environmental/ Water Explorer fundraiser for 2019. Learners were encouraged to donate various items on CROW’s wish list. CROW really needs support to enable them to continue with the amazing work that they do to save our wildlife.

A list of required items required by CROW was put up in every classroom. Environmental Society members put a great deal of effort into decorating boxes to put into every classroom. An inter-class competition was had to see which class could bring the most items. Competition was fierce and an amazing number of items were collected. Five car loads of items were delivered to very appreciative staff at CROW at the end of term 1.