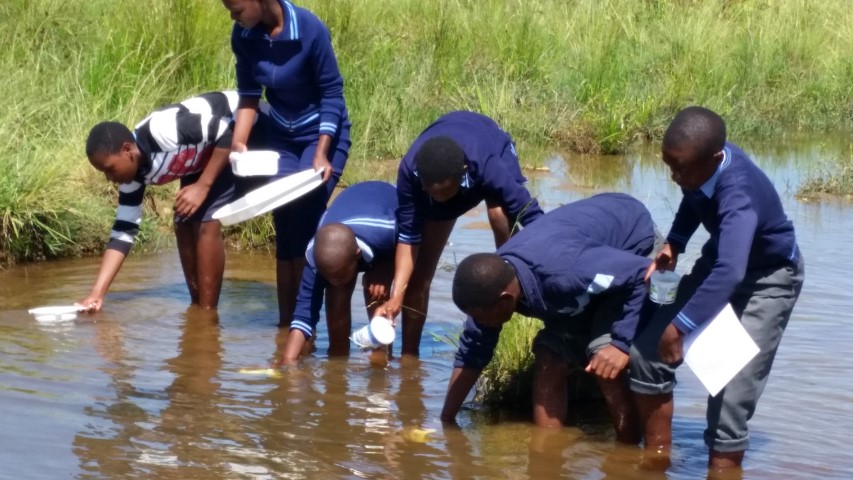 Today the Grade 7 Children assisted by the Duty Principal Mr Khanylie were taken to the nearby Edangweni River to do a river quality score test. On arrival, the children were disappointed to discover litter and human sewage entering the small stream from the settlement up the valley. The banks of the river was denuded of natural riparian vegetation and alien plants like Castor Bushes  and Brambles have been allowed to take seed in the event of many disturbances along the river bed. Looking at the small invertebrates that inhabit the water, they identified Damselflies and some bugs and beetles, all of wish can tolerate fairly poor quality or polluted water. The lack of diversity of other bugs and beetles and other creatures painted a dreary picture for the once flourishing river. Using the mini SASS score system, the river water was given a score of 5, indicating a heavily impacted river in poor condition. A discussion around problem and solution to maintaining the health of the river ensued and take home message was loud and clear “ Healthy River mean Healthy People”.